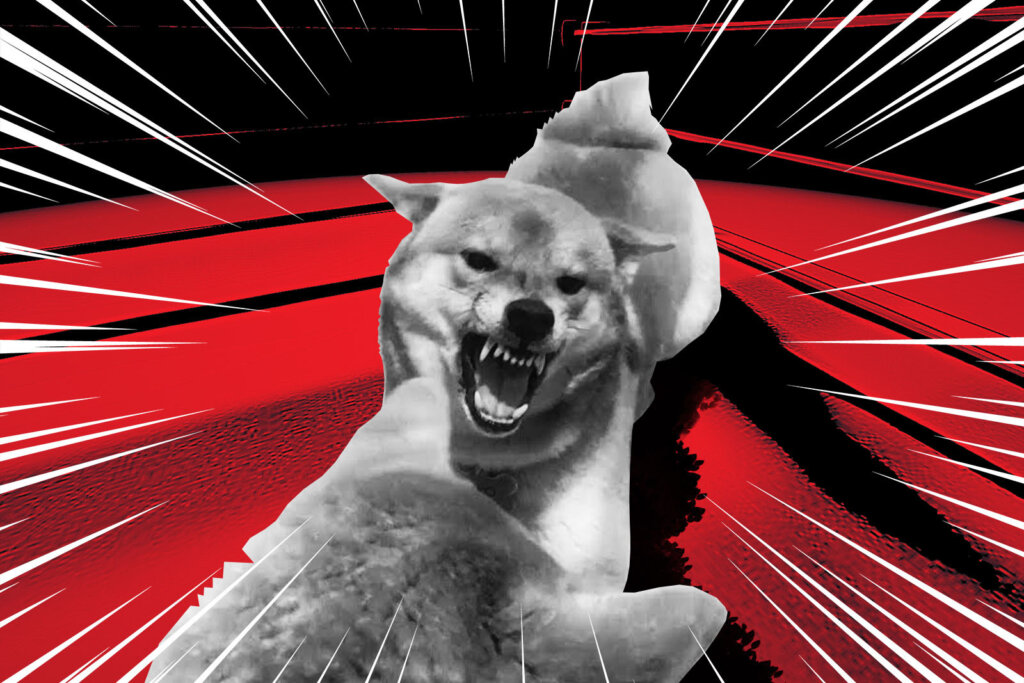 The growth of cryptocurrencies is boiling down to competition among digital currencies that share similar attributes. For instance, Solana and Cardano are in a crypto utility contest. But for meme and dog lovers, the contest is between the Shiba Inu and Dogecoin. Which pup will have the last bark?

Dogecoin was the original meme coin, but since its inception, others have emerged, including SHIB and Dogecash. Shiba Inu leads the rivals, positioning itself as the DOGE killer.

Shiba Inu and Dogecoin, both inspired by Shiba Inu’s puppy, started as a joke. The meme coins grew to rank among the top ten coins rubbing shoulders with the likes of Solana, Cardano, and Polkadot.

Both Dogecoin and Shiba Inu are based on memes. But the canine coins are from a  different breed.

Dogecoin is technically a coin, and its network is forked from Litecoin. It has its own dedicated blockchain where the native coin DOGE transactions are logged on, like Bitcoin and Ethereum. Technically this means that Dogecoin can be mined and uses a proof of work mechanism. However, there is a plan to upgrade to proof of stake.

On the other hand, Shiba Inu does not have a working mechanism meaning it can’t be mined. However, Shiba Inu has a ShibaSwap that allows users to stake their holding for rewards.

Unlike Doge, which runs on its blockchain, Shiba is an ERC-20  token based on the Ethereum network. According to the Shiba Inu paper(whitepaper), Royishi, the anonymous Shiba Inu creator, states they chose Ethereum because it is well established and secure.

Dogecoin allows miners to mint new coins hence increasing the total supply. But the mining mechanism is designed to slow down the number of coins mined every year. However, the total supply will increase in the long run.

Shiba Inu recently gifted Ethereum Vitalik Buterin 500 trillion SHIB, half of the total supply. However, Vitalik burned 90% of the SHIB gifted to him, decreasing the supply and increasing the demand.

Endorsement by Elon Musk, Tesla and SpaceX CEO, has played a vital role in doge price proliferation. Elon is fond of making jokes about the crypto, calling himself the dogefather and Lorde Edge.  In fact, Doge is one of the three cryptocurrencies the tech billionaire has invested in. Also, Mark Cuban endorsement and Reddit dogecoin followers have been instrumental in the growth of dogecoin value.

The price of Shiba shot up significantly soon after listing on Binance, and it has minted new dollar billionaires.  For instance, an investor who purchased $8000 last year is worth over $5 billion. Experts predict that Shiba Inu could on average hover around the 0.00006 USD mark in 2022, while Doge is forecasted to be in the 0.287 USD territory most of the 2022.

Association with Ethereum’s CEO Vitalik Buterin has also contributed to the growth of Shiba Inu. Moreover, SHIB has delved into the lucrative NFT segment. NFTs are driving the price of cryptocurrencies higher and higher. The price of Shib also shot up 300% after Elon Musk announced he was planning to get a Shiba Inu puppy.

Which Puppy Will Win?

Nearly a month ago, SHIB was at the top of the dog-eat-dog competition. On 28th October, Shiba Inu superseded dogecoin, officially becoming the dogecoin killer. It rose to 8th position after the SHIB community rallied behind the crypto resulting in capital inflow which boosted its value. About 450 000 Shiba enthusiasts signed a petition to have Shib listed on the Robinhood crypto exchange platform. But the rabid fight between the canine tokens was far from over.

Dogecoin has triumphed again, retaining its 10th position while Shiba Inu has fallen to 11th position. USD Coin now sits in 8th place. The market capitalization of  DOGE is $28 billion, while of SHIB market cap is $25 billion.

A tweet from Elon Musk helped Dogecoin go back on top of Shiba Inu. According to the tweet, Elon plans to start a university with fees paid in dogecoin. He added that anyone with a dog would get a discount.  The crypto experienced a massive sell-off dropping from a market cap of $37.4 billion to $35.7 billion in less than one hour.

Shiba Inu seems to have a well-laid vision of eventually triumphing its contest with dogecoin. Top of the plans is to develop a stable coin known as a Shi and create a two-layered blockchain solution for Ethereum called shibarium. Layer one records monetary settlements layer two offers a solution for micropayment, enabling one to handle large numbers of transactions at high speeds and low gas fees. It will also organize an annual conference of Shiba crypto investors known as Shibicon. The goal of SHIB is to be the immutable exchange of value in the globe.

The two meme coins have experienced seismic growth over the past year. With support from billionaire investors like Elon Musk and Mark Cuban and a loyal following of a community of dog lovers, SHIB and DOGE could be poised for more growth. Adding utilities like payments of fees for Elon’s University could significantly boost the value of the canine tokens. Therefore, you could reap massive profits if the same growth trajectory continues.

The current play between Shiba and DOGE is fascinating to watch. No one is sure which will eventually come on top. Both Cryptocurrencies are highly influenced by a community of followers, influencers, and internet memes. The price increase of these two meme coins is driven to a large extent by retail investors’ sentiments, like was the case with GameStop stocks. Its growth is based on community as opposed to utility. As the competition gears up, it will open new opportunities for investors.

November 28, 2022
Dogecoin (DOGE) On The Rise As Elon Musk Announces To Make An Alternative Phone